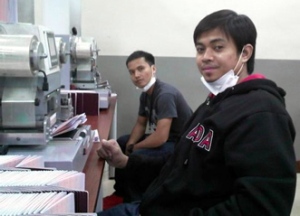 One of my former deaf students, Nonito Visagar Jr., tagged me in a few of his photos. I thought it was just a picture of him and his deaf friends or co-workers having an outing or get-together party. But when I clicked on the photos, I was pleasantly surprised that his was pictures of his plaque of appreciation as an Outstanding Employee of 2012!

Hearing great news like this one is truly a breath of very fresh air. When Nonito graduated in MCCID College in 2008, he received 1st Honorable Mention Award. Although he was quiet and unassuming among his batchmates, he did excel in sports and academics. After he graduated among top of his class, he continued his training at Nova Foundation for the Differently Abled Persons.

During the training, he again showed his diligence and skills. That’s why the foundation selected him together with five other MCCID alumni to undergo trial work at the Department of Foreign Affairs. After passing the Civil Service Examination, they became regular government employees.

But Nonito did not remain contented. He again exhibited above average work attitude and enthusiasm serving clients, mostly hearing people, in the passport division. In 2011, he received his first “Certificate of Recognition”. This year, he upped his level by receiving the “Outstanding Employee of 2011”.

The Philippines’ Department of Foreign Affairs is the government agency responsible for the pursuit of the State’s foreign policy and the nerve center for a Foreign Service worthy of the trust and pride of every Filipino. To know more about the awards, please visit this link.

To Nonito, this blog post is my special tribute to you! MCCID College Facebook page also created a special timeline photo honoring you. I hope that many deaf would emulate your success by serving as a good role model. 🙂

2 thoughts on “DFA’s Outstanding Employee Awardee is a Deaf!” 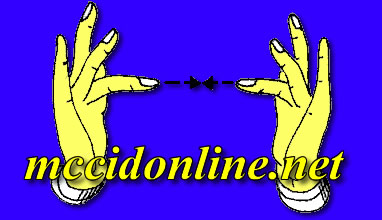